I elected to go with the suggestion of “Image” for today’s entry for several reasons. Graphics, artwork and photography go a long way in helping our imagination with role-playing games. It didn’t need to be a complete illustrated story, but show just enough to get the imagination going. The old saying is, “Don’t judge a book by it’s cover” but I will say that a good cover usually attracts my attention before a dull one will. For the longest time I had no desire to read The Forgotten Temple of Tharizdun because the cover image confused me. The bulk of images used for other modules made sense and attracted me towards the book and gave me a little taste of what I might find inside. But Tharizdun… well I just wasn’t attracted to it and that was due to the cover image.

When we create a character for any system, we usually have an image in our minds-eye of what our character looks like. We can write down a description or bring it up during a role-playing session, but sometimes we just have to have an image of that character. I’ve never had the computer skills to photoshop a image of my characters, but I did attempt to hand draw some of them. Recently I found my old three-ringed binder that I used to store my RPG characters going all the way back to the late 80’s. I started scanning in some of these characters for future blog entries.

One of the AD&D 1e character sheets also included my crude drawings of the character and possible “logos” that could have been used for his in-game persona. Lornic Mynsor was a Half-Elf Fighter/Thief that also went by the name “Stealthblade”. (Hey, I was a teenager, don’t judge) I don’t recall any of the adventures I played him in (it seems like a lifetime ago) but it appeared that we were running with some house rules. There is a Perception attribute that the DM was using. I believe I drew the image and logos while I was waiting for my turn in the game. Here are the images and the character sheet.

The suggestions for today were not bad ones. I was just more excited to post my geeky artwork from a long time ago. A topic on “Tactic” could have easily talked about the Starship Tactical Combat Simulator by FASA. “Risk” could have covered some of the risks that players have to think about as they make their way through the adventure. And “Support” could have been a post about how some companies support (or don’t provide support) for the game that they have published and how the gaming community adds their support as well. 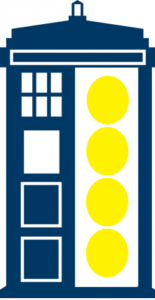